Sleeping with one's baby, once thought to be psychologically suspect, is now being linked to lower incidences of many emotional and behavioral problems in children.

Whether for convenience, commitment to attachment parenting philosophies or to enjoy the numerous physiological benefits of bedsharing, many mothers are choosing to sleep with their babies. Sadly this practice is often frowned upon by friends and family, who believe that cosleeping is likely to create needy, dependent children.

Throughout most of history, cosleeping has been the norm; indeed, entire families would frequently share a single bed. Much of the world still routinely cosleeps with infants and small children, with no apparent culture-wide psychological disturbances to show for it. Why then does Western society frown on the practice?

Anthropologists link the objections to an increasing sense of individualism in Western society. Whereas the parent-child relationship was once seen as foundational to a family, the spouse-spouse relationship is now prioritised. Along with the fairly modern concept of privacy, and American-stressed values of independence and self-reliance, the model of sleep began to shift to allow parents their own sleeping space. Children were encouraged to "self-soothe" and follow adult (monophasic) sleep patterns, despite infants being wired for polyphasic sleep.(1)

Parenting experts such as Dr. Spock and Gary Ezzo have furthered these ideals, claiming that cosleeping children will become manipulative, clingy and needy. Dr. Spock famously went so far as to decree that children could climb into bed with their parents in the morning, as long as this did not arouse sexual feelings in the parents! Patricia Donahue-Carey points out that equating sleep with sex is another modern, Western notion, which has since tainted cosleeping with an aura of impropriety.(2)

Anthropological research has indicated that cosleeping is not, as previously thought, practiced worldwide through ignorance or necessity. Rather than sharing beds because of a lack of space or resources, cosleeping mothers have overwhelmingly demonstrated a commitment to cosleeping which is tied in with larger parenting philosophies. In one study, Mayan mothers were "shocked and highly disapproving" of infant solitary sleep; another study showed that Chinese mothers coslept out of a desire to protect their babies and make them happy.(3)

Results of Research on Psychological Effects of Cosleeping

A number of large- and small-scale studies have examined the effects of cosleeping on children. Some have reported no discernible differences between solitary-sleeping and cosleeping peers; others link cosleeping to better behavior, greater levels of happiness, fewer tantrums, less fear and fewer psychiatric problems. In adulthood, children who once coslept have been found to have higher levels of "confidence, self-esteem and intimacy". No evidence was found that cosleeping children became clingy or dependent as a result.(4) 研究顯示，曾親子同睡的孩子長大後個性比較開朗快樂，也比較少鬧脾氣，也比較少出現精神方面疾病~

Mothers, too, may benefit psychologically from cosleeping. Many working mothers welcome the chance to reconnect with their babies after a day apart. Easy breastfeeding access means more sleep for both parties, resulting in a less stressed, less sleep-deprived mother. Moreover, many mothers who cosleep report that they enjoy the experience for the intimacy and security it provides.

Popular media has tried to discourage parents from sharing sleep with their babies, calling this worldwide practice unsafe. Medical science, however, doesn’t back this conclusion. In fact, research shows that co-sleeping is actually safer than sleeping alone. Here is what science says about sleeping with your baby: 親子同睡其實比較安全~

Decreases risk of Sudden Infant Death Syndrome
Worldwide research shows that the SIDS rate is lowest (and even unheard of) in countries where co-sleeping is the norm, rather than the exception 4, 5, 6, 7, 8, 9. Babies who sleep either in or next to their parents’ bed have a fourfold decrease in the chance of SIDS 10. Co-sleeping babies actually spend more time sleeping on their back or side 1 which decreases the risk of SIDS. Further research shows that the carbon dioxide exhaled by a parent actually works to stimulate baby’s breathing 11.嬰兒猝死症的機率比較低~

Safer than crib sleeping
The Consumer Product Safety Commission published data that described infant fatalities in adult beds. These same data, however, showed more than 3 times as many crib related infant fatalities compared to adult bed accidents 15. Another recent large study concluded that bed sharing did NOT increase the risk of SIDS, unless the mom was a smoker or abused alcohol 16. 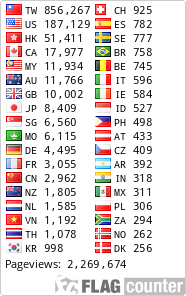